Our firm’s Litigation and Dispute Resolution Department takes pride in its responsiveness, efficiency, reliability and diligence in servicing our clients in a cost-effective, time-efficient and highly qualitative manner.

As is the case with the Cyprus legal system in general, litigation in the Republic of Cyprus is primarily based on Common Law and Equity, providing a clear indication of the island’s British colonial heritage. Whilst this is indeed true of most areas of law in Cyprus, Cyprus legal system also accommodates elements of continental European law, particularly with regards to Public Law, namely constitutional and administrative law. In this respect, a more accurate depiction of the Cyprus legal order is that of a “mixed” legal system.

Pursuant to the provisions of Article 29 of the Courts of Justice Law (14/60), the applicable law in Cyprus and the relevant legal sources are the following:

Our approach in handling f each case is the same and does not vary depending on the nature of the case or the type of the Client; your case is as important to us, as it is to you. Our firm’s Litigation Department undertakes the handling of all kinds of litigation and dispute resolution, across a broad spectrum of areas of practice, and is committed to safeguarding your legal rights by pursuing your case with zeal, conviction and integrity.

Special reference is made to the below procedures, emphasizing the wide scope of AK’s litigation capabilities:

Pursuant to the provisions of Article 29 of the Courts of Justice Law (14/60), the applicable law in Cyprus and the relevant legal sources are the following:

Whilst litigation in Cyprus accounts for the most widely known method for the settlement of disputes, it is not the sole mechanism for dispute resolution. Having regard to the fact that, Alternative Dispute Resolution (ADR) in Cyprus is still at its infancy (at least in relation to other jurisdictions where ADR is more commonly utilised as a means of dispute resolution), in instances where the parties to a dispute wish to avoid litigation and lengthy court proceedings, they may seek to refer the dispute to arbitration (provided of course that the parties have reached an agreement regarding the settlement of the dispute in this manner). Arbitration in Cyprus is mainly based on Arbitration Law (Cap.4) and International Commercial Arbitration Law (101/1987).

At Karitzis Legal, it is our primary objective to provide clients with the most efficient and effective settlement to a dispute. A legal action, before a Court of Law, can be a time-consuming and stressful procedure, while alternative dispute resolution (ADR) methods, such as mediation and arbitration, can provide Clients with a vital out- of- court settlement to their disputes.

Agreements reached through ADR are legally enforceable while the whole procedure is characterized by flexibility, is confidential, less time consuming and aims to preserve and maintain the future relationship between the parties. Our Firm’s accredited arbitrators and mediators can assist in the following sectors: 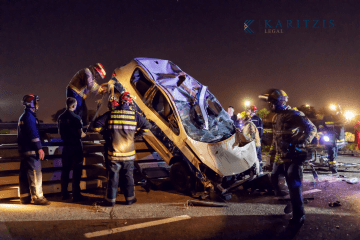